May 28, 2019 Savin
ArtCorruption of Champions
84 Comments 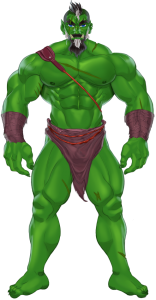 Are you a bad enough dude to take down Chief Argoth?

Alright, it’s time for another dungeon — a big one, full of big green raiders ready to pillage your booty if you aren’t careful. In addition, everyone’s favorite minotaur can now plant his seed in your womb if you let him, so go ahead and be the best little cow you can be.

If you want to play the new patch now, you can get backer access here!

Not to toot my own horn, but the review backlog is done. Err… mostly, anyway. I may have farmed out a piece or two to Adjatha or Savin to handle so that I could get back to booking on the content train, but we don’t talk about that here. Not at all. 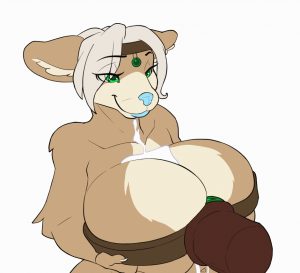 No, we talk about things like the long-promised Faux Cow finally making its way into the game… or the endless excuses for why these things took so long in the first place. We also talk about how absolutely banging this titty-fuck animation is, even if the artpack doesn’t play well with Gifs right now (Neither does the blog. You’ll have to view it on Furaffinity for now). Sometimes I talk about streaming, like I did this afternoon. There were lots of interruptions, but some solid progress on coding the 50+ pages of backlogged Cherry content was made.

Ship work is going to be happening too, but I adore Cherry’s content too much to ignore. The more crimson rahn, the better.

Hey guys. Submissions are kicking my ass still. It probably doesn’t help that I’ve been talking about them repeatedly on the blog posts. From the 14th of this month on, we’ve had at least one new submission get added to the pile on a daily basis, which is making it damn hard for me to get current. I’m almost caught up to the 6th of this month though, sooo… I would be damn close if it wasn’t for the big uptick in submissions.

Because of this, I am no longer accepting submissions for new characters. New items and expansions for existing characters are all I will accept for the time being.

We’ve been real thin on patches while I’ve been trying to dig us out of this quagmire, and I’m not comfortable with that continuing in the long term. Once I’ve had some chance to do some actual game development again, I’ll see about tweaking the floodgates back open… but for now, let’s slow it down a bit.

A quick update on my work – firstly, reviewing has been slow because there’s a number of things I’ve come across that are soooo close to being up to par that I’ve been trying to self-edit them. Additionally, I’ve had some content slide into my box via side-channels to look over as well, forcing me to delegate some of it to Adjatha and review the rest myself. A bit of good news, though: an excellently written “Faux Cow” path for the treatment sailed right through my review with flying colors. I’m honestly not convinced I could do it better.

So look forward to that, I guess.

Also, since the ship code has been going so slowly, I’ve started laying out plans for building a simpler system in the interim. It won’t contain the same ambition as the other system (which is NOT abandoned or anything). I just want to have things laid out so we can finally steal the Sidewinder and finish Zheng Shi’s main arc.

Now if you’ll excuse me, there are approximately 20 pages more of treated male zil for me to review~

Additionally, a fan reached out to me to let me know that they were making their own game (though I don’t think with blackjack and hookers quite yet). It looks like he’s got a public build up on his Patreon if you wanna give another game a try! Check out Rimhaven!

[Backers | CoC2] Who Let The Dogs Out

May 18, 2019 Savin
ArtCorruption of Champions
70 Comments 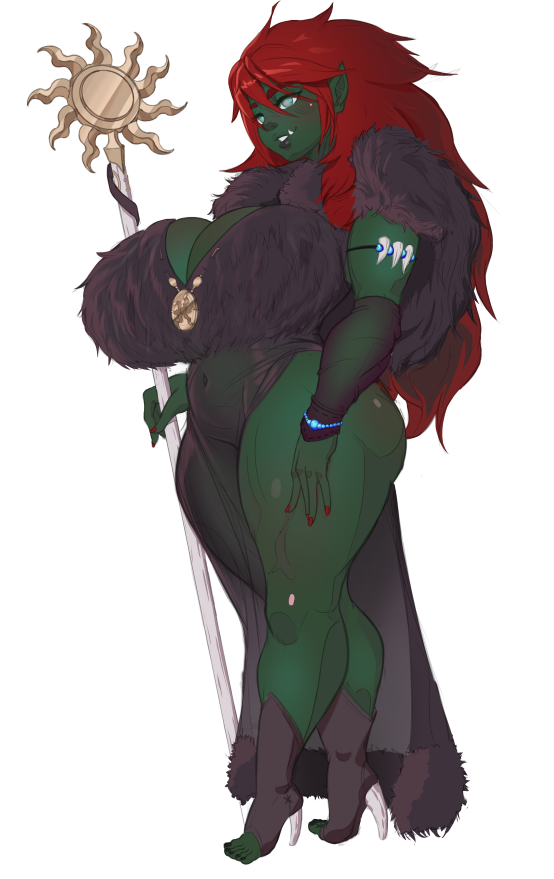 … out of your womb, that is. Because Lupine pregnancy is now enabled!

What’s next? Drake’s working on implementing OrcQuest, and DCL is hopefully going to have most if not all the busts for the quest done ahead of its release. On the side here is Arona’s big sister, the tribe’s seeress and a cleric of Lumia.

For my part, I’m working on some new Etheryn scenes now that I’ve got Shar in a good place. Let the little elf get a real taste of your dick! 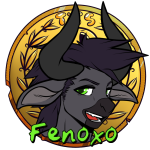 Hey guys, Fenoxo here, back from FWA and clocking some hours on TiTS stuff. Before I get into the nitty gritty a few things. First, CoC2 has a public patch as of yesterday. See the post below.

As for the con itself, I shared a few odds and ends on twitter, but there was so much going on that I decided to start keeping a personal journal and clocked 2,400 words into this morning just to cover what I consider to be my personal high points. I could never hope to recount everything. Conventions are simply too intense, but as far as things I’m comfortable sharing… no, I did not join any furry orgies. Yes, I did eat at a restaurant with a giant dick in it. Turns out it also has pretty good burgers in addition to a ginormous wang. Yes, I got to see Mystery Skulls live and in concert as well as rave to a variety of furry DJs spinning EDM. The arcade was awesome, and no, furry cons are not comprised entirely of gay dudes. I saw quite a few girls prancing around wearing perky ears and flopping tails.

Every year I go there, I wind up having a blast, meet interesting people, and come back with an increasing appreciation for furries. The con has a unique, chill energy that I’ve never really experienced anywhere else – not PAX, not Gencon. Nowhere. I even got to meet Gideon, Pulsar Cardinal, Max Blackrabbit, Gnaw, Bernal, and so many others. I even got sketch commissions from some of them! 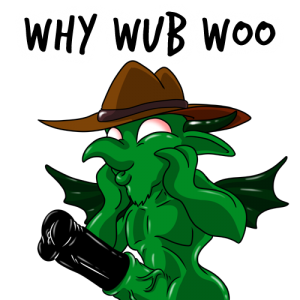 The panel went well of course. Thank you to everyone who attended! It’s super delightful to actually get to talk to people in person about the weird shit that we do and realize that there are real individuals who are actually interested in how this perverted pie gets baked.

May 14, 2019 Savin
ArtCorruption of Champions
91 Comments 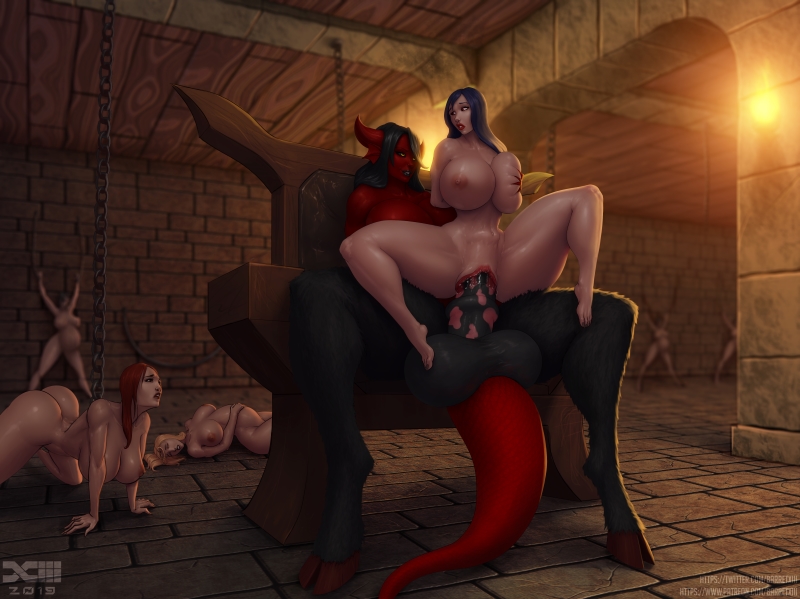 Hey, this was a pretty stacked month for content — four new enemies, two new NPCs, and a boss encounter — plus a bunch of new Kass and Garret content. And here I was afraid this patch would be on the light side because of FWA…

There’s more Mayternity to come, plus more Shar and Etheryn content in the pipe for the immediate future. If you want to get access to content as it comes out, get yourself backer status here! <3

Art of Kasyrra starting up her harem in Savarra done by Barret XIII. An amazing fan commission from Hina Vache!

TITS patch should be tomorrow!

Back from FWA. Survived both plane trips only to nearly be trampled to death by a vicious wild animal charging out of my gate (ie. my husky was very happy to see me). Fen and DCL are on their way home later on today; Wsan and Shou will probably be AFK a while longer.

Normal operations resume tomorrow. Thanks to all of you who said hi~! Big shout out to the convention staffer at the panel who busted ass to try and get Fen a functional projector from the 21st century. You the real MVP.

Please send thoughts and prayers to all of us as we are all inevitably laid low by the con crud and/or food poisoning. 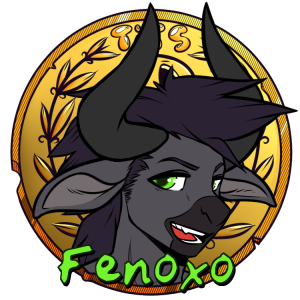 I might not label myself a furry or have an expensive animal costume, but I am going to Furry Weekend Atlanta with a coterie of TiTS and CoC2 friends! We’ll be running a panel Friday night in the after dark area – which means we can talk about weens, how we write them, and even show the latest ween-doodles from Shou.

I haven’t checked with Shou to verify that she packed merch to hand out to attendees, but if she did, there will be some prizes to hand out as well.

So if you’re there getting your yiff on (or just wandering around in a drunken haze of confusion like me), feel free to come say hi!

P.S. Backlog progress continues at pace. I’ve reached march, and though these months are THICC with submissions, I intend to be caught up to this month by next weekend.

Okay it’s time for a brief break from Mayternity to fite guder. You can now reach Level 4, and learn 4th level powers. Enjoy obliterating most things currently in-game, especially if you choose some of the new damage powers.

If you, too, want to blast orcs in the face with fireballs or massive two-handed blows, you can get access to backer builds here!