Halloween things, needing to be up at 6am tomorrow, and the final grading of Halloween things are going to be keeping me from coding much today. On the upside, I only have one 66 page entry left to review for the contest, then a bit of extra scrutiny for the winning lineup!

Tomorrow I have a few good ones I’ll jump on (if I don’t tonight). 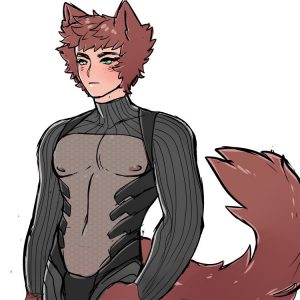 I’m still judging things (and still coding things semi at random)! Please enjoy the additional content for Poe A, the bugfixes, and the submitted content UpcastDrake was lovely enough to code. (THE PREGGENING IS UPON US!) I’m going to back to reviewing after this, assuming I don’t jump back on writing my “knotty nurse” costume idea.

Thanks for your support as always, and look forward to more spooky content throughout the weekend, real life permitting! (The big public patch summary will hit once I’m done pushing public stuff)

So I only managed to get through around 40 of the entries thus far, but I refuse to have NOTHING for Halloween. I grabbed two of the first entries that I considered acceptable and jumped into coding them despite it being Sunday, the day I’m most sleep deprived most weeks.

Keep in mind that me using these does not mean they have won or lost, merely that a man who woke up approximately every four hours thought they would be good and easy-ish to code. This won’t be the last public Halloween build. This is merely the beginning…

I’m going to try to push out at least one thing from the contest every day all the way into early November, life permitting.

The Halloween contest is over! Thanks for your entries! I’ll work out a grading methodology with Savin tomorrow afternoon and dig in soon!

So make sure you get your stuff in the door ASAP.

I’ve been busy rounding out some unfinished stuff from the Laquine Ears item. Mostly I’ve been working on a Priapism status effect that forces you to go around in crotch-exposing equipment (and also has a TON of small bonus texts I’ve whipped up for various situations). They range from hot to flavorful to cringeworthy (You do not want to think about what would happen if you fell naked into rusty metal on Tarkus).

I also want to spend some time paging through enemy sex scenes to add more support for the pc.isErect() function so I can have scenes actually support you being good to go from the get-go. Right now, some just always assume you’re flaccid while others have a basic lust/libido check. Unifying things should help.

The other “Major” class TFs for the item I intend to do are all more bog-standard transformations – leg changes, quad balls, maybe a second boob row, and the like. As you might guess, these are meant to be the “critical hit” type transformations that rarely occur but with big consequences. I’d also like to have priapism get inflicted from certain aphrodisiac-heavy encounters. Maybe even some enemies that inflict it as a way to force the PC out of heavy armors.

Hey guys, I basically took most of yesterday off and am taking a half day today. Why am I telling you this? Because I’d rather post something, even if it’s just fuel for the “Fen never does anything” guys, than post nothing.

I did manage to finish going over Azra’s dialogue to account for the status of your relationship and add in busts for three characters along with five pieces of spritework for the planets. Whether or not I have something to show, expect to see a patch with that if nothing else tomorrow! 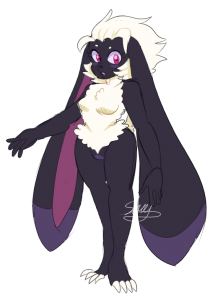 Hey guys, sorry for the brief changelog last night. I wound up taking a pretty long gaming break in between some work, so by the time I finished for the day, the wife was asleep (my keyboard is loud enough to wake the damned). One thing I did want to clarify is how to find Kattom Osgood. He basically shows up in your location about 35 hours after you first step into the wilderness, but he only appears in wilderness squares. This version makes some slight changes to that to make him slightly more random and also easier to find. Hope it helps!

I’d write more but my wife is asleep. Nite!