Finished up my work on the Kiro/Kally thing from the other day. It clocked in at just under 10,000 words for the whole mess, but it needs some edits before I’m comfortable jamming it in game.

Then I rolled onto Mjerin, whose name I cannot pronounce. Also, I cannot pronounce her race as it is written on the document. She’s basically a horse-dragon-girl. Despite that, her content seems very well written – at least for the 56 pages I’ve gone through so far. I’m a little past halfway done reviewing it, so it’s quite likely I jump into coding it. 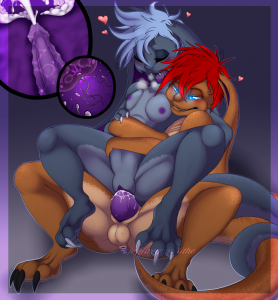 So I started a scene a few weeks back where you, Kiro, and Kally all get pent up and visit a parlor that specializes in harvesting protein to sell to galotians/rahn. The PC then gets to pick between four various onaholes (Kiro and Kally each get their own special choice), and the three of you pump away at the walls while making out in various ways.

I’ll get back on submissions again after I wrap this up. I promise >.> 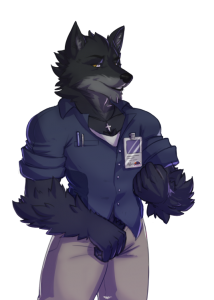 First off, we have a store up on Crowdmade with some basic merch. If you want a coffee cup with your favorite company’s logo, there you go.

Art is a JayEcho bust of Walt.

Doot. I finished reviewing Fisianna. Of the writing, I’d say it’s good enough to get in, however it’s such a big chunk of content that I decided to move on and keep reviewing (after placing her in the “To Be Coded” list on our work list). There’s also a half kui-tan I looked at but didn’t review because she’s gated behind unfinished content (SyriQuest). Then I reviewed some enhancements for the magic milker for those with fuckable nipples (or lipples). I coded that stuff lickity split.

Presently I’m reviewing a submission by the name of Fisianna. It’s a real doozy, clocking in at something like 110+ pages. It might be Friday before we see this at the earliest, assuming it passes muster.

I’ve gotten through approximately 60 pages of it. They seem decent, but then again I haven’t gotten to any sexy bits yet either! More updates to come.

(Oh, and I coded a dream featuring Anno & Kaede with breast enhancements.) 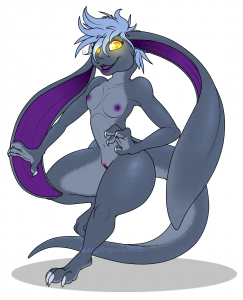 So last patch got borked. Jacques00 made some changes to how SSTDs are handled in the Creature class late in the day after I had done most of my testing to make sure they were working correctly, and I wound up not needing to save for the rest of the day’s testing. Needless to say, saves created last patch are broken. I’ll be asking Geddy if she can whip up a fix since she wrote the save system, but don’t hold your breath too hard! 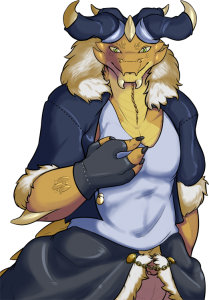 So Furpies is a Thing

After getting linked a thread about SSTDs, I decided to jump on doing a quick one today instead of wading through the submission pile. Now I have a 17 page transformation document that’s needing a significant build-out of supporting systems! It’s called Furpies Simplex, and it’s a horrible furrifying plague spread by the Nefarious Doctor Badger. Just one more reason to lock her up, right? (Or become her permanent furslut).

I roughed out some stuff for V-Ko to clear SSTDs and some fluff for why you can’t get every waifu on the ship horribly mutated. I’ll backport it to Vi on Myrellion later. Hopefully I can get something doable tomorrow, but it could fall on Thursday depending on how long I have to beat it with a hammer to knock the worst bugs out of the house.

I’m hoping someone will make “The Sneezing Tits” too, so I don’t have to. Basically a cold where every sneeze makes your boobs bigger.

[Backers] More Chaur for your Mine

This concludes the 90ish pages of Chaurmine’s content. May still be buggy in a million different places, but ehhh…

I’m super tired, but I got this stuff done and collected my Overwatch sprays from the Nexus Challenge. I really hate playing Heroes of the Storm. I can safely say I’m no fan of Mobas!