Paging Paige to the Fenoxo.com Homepage

I managed to read through all of Paige’s scenes up to and including about ten pages of her sexual content… of which there are 151 pages. Everything else? A little over 100. I’m going to start work on coding her tomorrow, but I have no idea how long a project like this is going to take. It looms over other projects like a Mount Doom looming over some foothills.

After that, there’s a self-titled DILF in the review queue. I might take a break to write more Azra stuff inbetween. Anyhow, that’s me for the day! Just a small one for now! Enjoy!

Busts for Brandt and company will be added next patch. I’m fuckin’ hungry and need to shovel some food in my gullet. 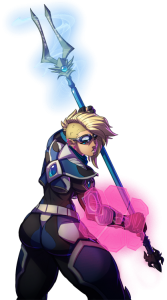 Considering the next thing on my submission backlog is 260 pages (Paige), so I think I’m going to keep poking at my employee backlog for a bit and tackle the space jail next. Wooo!

Time for a ship progress update!

All of the core stuff for ships has been done for a little while now; to give a refresher, this is the stuff that’ll be supported out of the gate:

The last couple of weeks has been spent slowly tweaking a lot of existing code to ensure that things will work with the new ships. Another list should help demonstrate what is eating up all the time…

Next up on my plate is actually starting to generate content for this stuff; we have overviews of many of the ships and potential weapons but none of the meaty details that are required like the interior descriptions of the ships for all the rooms that they’re now going to have, or the specifics of the weapon attack descriptions…

For now though, hab some meaty JayEcho draws ?

I’m still trying to crawl out of May’s event submissions. Wish me luck as I try to dig out of this hole. Adjatha did some lovely new busts for Shelly, but those will have to wait until tomorrow to be put in. Sinarra invited some company over, and I don’t need to be flashing a bunch of naked, hyper-pregnant bunny-girls everywhere. 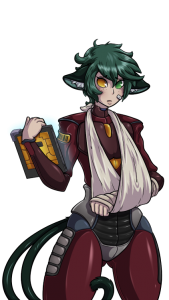 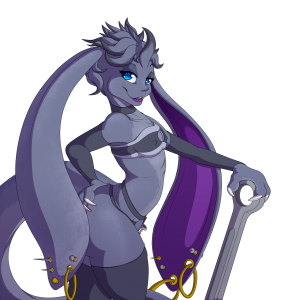 Time to wipe the politicking off the front page with some lovely new content for you all.

That’s it from me for the weekend. I think I’m gonna step away from the smutcave till Monday, so don’t expect to hear much from me till then. Ciao!

At right: some lovely fanart by JayfireGrowlithe. Those rasks’ll getcha!

Hi, my name’s Savin, and I live under a Comcast monopoly. Wherein Comcast (literally yesterday, in a matter of supreme irony given Fen’s post) sent a truck over, knocked the telephone pole over at a 45′ angle, and then denied it on customer service for two hours because apparently my internet being out must be a modem problem. While the pole outside is sitting halfway down with a truck-shaped dent in it. Thanks, Comcast, you guys have the best customer service. I’m glad I don’t have any other competitive ISPs in my area! 😀

Net Neutrality is kind of a big deal. I don’t care if you’re a republican, democrat, communist, libertarian, or some sort of weird political party based entirely around getting Marvel to release the next Avengers movie early. This is important. Important enough that I’m posting political shit instead of talking about weird space parasites. Net neutrality helps protect small startups from being quashed by bigger peers, and helps protect weird niche sites (like this one) from getting filtered or slowed by ISPs who’d rather maintain a “family friendly” image than allow their customers to access the content they want.

If you’re an american, please consider supporting net neutrality. Here’s one place with some things about it. Battleforthenet.com has a nice little form set up to send a message to the FCC and congress if you want to be lazy about it.

I’d ask you to strongly consider future candidates’  positions on net neutrality before voting for them, but I think internet regulation is pretty low on every one else’s priority lists. Oh, and also… vote. There’s a reason politicians care a lot about catering to grandma and grandpa’s whims  – it’s because they vote.