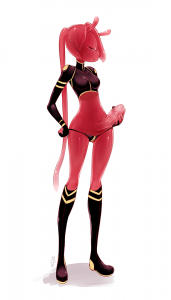 EDIT: The android download links have been tweaked and they should be working A-Okay now.

EDIT EDIT: Made some more changes to some of the download pages; if you’re not seeing the version you’re expecting, force-refresh/clear cache (or wait like, 12 hours or somethin for the old cache time to expire).

Who would have thought that when I said Saturday, I actually meant Saturday and not early in the AM the next day? Wheeeeee~

Also, for those wondering about it, I hear Gedan has been poking at coding the final dungeon stuff we jotted down for CoC.

Next month is looking bright. I’m going to wrap up Emmy (there’s still a scene I want to do), and it’s pretty damned likely I’ll be starting Uveto. There’s some real nice content in the hopper just waiting for my hot little hands to get on it!

Thanks for continuing to support us all these years! Because of you guys, we get to have dream jobs!