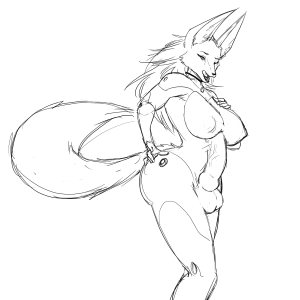 There’s two big bug-hunting initiatives at the moment that I wanted to bring your attention to.

First up is Gedan’s quest to solve some bizarre crash bugs that have rendered the game unplayable for some individuals. If your symptoms match what’s described in this thread, please post there with all the requested data so that we can get it working for you.

Secondly is my own mini initiative. When we started the game, there was no code for tracking where fluids went long term, then we got the “loadIn” series of functions, courtesy of Gedan. They were mainly only used for determining pregnancy, and as such, not much attention was paid in cases that couldn’t result in pregnancy. Now, with Emmy, I’ve introduced the ability for fluids to bulge bellies or splatter all over a character, but I need help finding exactly which scenes need updated.

If you notice a scene isn’t correctly filling or soaking you, please help me out by going over to the forums and following the instructions.

So what else have I done today? Added ten or fifteen new status effect icons we can use, started categorizing status effects by color. Harmful ones in red and long-term passives in purplish. Sometime I’ll get around to doing the buffs in green, I guess. I also made a few tweaks to lewd up Emmy’s talk scenes and sex menu texts. Gonna go write that discussion about her implant now!

Art is a quick sketch Jacqeus00 doodled up when I was bitching about a lack of Emmy fanart weeks ago. It’s the last piece of her I’ve got to share until I can find someone to draw her trying to squeeze into her panties, so enjoy!