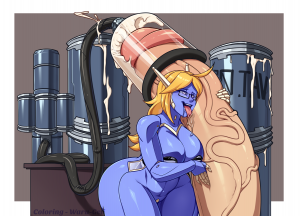 Doc. Po has a lucrative side business helping get off hyper-sized wangs! Lines by MrPink, colors by Waru-Geli!

Imagepack version of the game available on Patreon and Subscribestar!