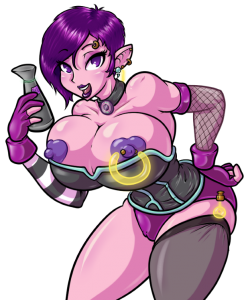 So I’ve slapped a few things in here and there. A lot of it is probably broken, but by the next build we’ll polish out any major bugs, I’m sure.

Lovely bust for the TiTS incarnation of Tamani by Adjatha!