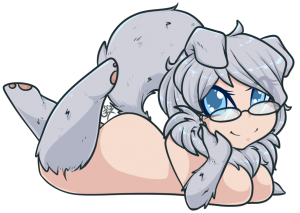 XP! Everyone loves to have it, especially when it means getting stronger, faster – you know the drill. But what everybody hates is having to walk back to sleep and level up, knowing that every fight and every scrap of experience you collect along the way is utterly wasted. And that’s not even the worst part. The worst part is sitting at the current level cap and knowing that playing the game more won’t help you out at all the next time we bump it up! Doesn’t that just burn you up?

It does for Savin.

Well, there are a few reasons I built the game to work that way. Initially I wanted to avoid an exponential experience system (I always hated when XP numbers got ridiculous), but I also wanted to avoid players leveling up too fast.  In order to keep the player from hitting level 8 by the time they finished Mhen’ga, I established a system that required heading back to town to level up, ensuring that by the time you finished running around on a planet, you could only snag one more level before heading off to the next.

Yes, it’s still possible to farm levels in that way, but the game was never intended to be played in such a way. More pressingly, the artificial headache that I introduced by having it work that way was bothersome to my staff and myself. So I bit the bullet and converted us to a more exponential experience system. All the NPCs in the game have been swapped to generate an XP value based on their level (with bosses giving double). What this means is I’m going to start letting you bank XP beyond your current level.

It also means that I’m slowing down leveling a bit, and that lower level enemies should be even less efficient for leveling up now. Level 5 enemies might give 5,000 XP now, but if you’re level 7, you’ll want to smack the level 7 foes and collect 15,000 XP each from them. The numbers are subject to change, of course. That’s the beauty of how I have it set up. I can change one formula, and the whole system automatically aligns itself to match.

(Pictured Huskar is Freja. Who knows if her author is gonna finish her though! Lovely art by CheshireCatSmile37!)

“Are you tired of THIS happening?” The kui-tan’s expression crinkles into a look of bliss, as he extends his free hand to a pile of silver condoms on a nightstand near by. He pulls a fistful back, but notices with horror that they’re all empty wrappers. His body shivers, and a massive jet of sticky white stuff shoots up roughly from the position of his lap, drenching the tanuki in a matter of seconds. He blinks, wiping the goop away from his eyes and turns to the camera with an exasperated shrug.