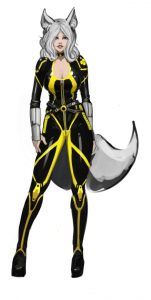 Big should out to my boy Zeikfried for writing up all these hardlight variations. He did a fucking wonderful job, and the Emmy and Taivra scenes are some of his finest works in my opinion. Probably because they play to things I like. There’s another Del scene in the works for tomorrow’s public build, and Nonesuch has some smaller stuff in the pile I want to bang out too.

Hopefully they aren’t too variation heavy, because my brain is midway through melting.

[Public build in approx 24 hrs or less, or your money back! (Since you spent nothing for a public build, you get nothing if I fail. GOOD DAY, SIR!)]