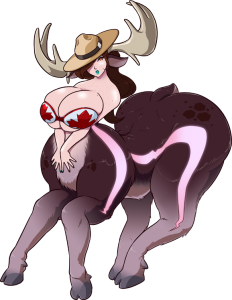 I should’ve put this together earlier, actually, but I got sidetracked working on the designs for “New Canada” to set up Kiro’s sister and Jacques00’s delicious moose-taur mountie. Without further ado, let me open the floodgates!