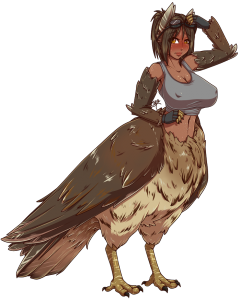 I’ve got some busts I need to throw in there too, but I do believe it’s bedtime for now. You guys will get to see all that new hotness soon enough.

Pictured at left: a bust I snagged from CheshireCatSmile37 for a character I intend to write on Phaedra II, my planned post-apocalyptic world. Not pictured: a Kiro bust with ginormous boobs AND balls from Adjatha. Expect to see that if I can ever get around to Kiro’s follower expansion/quest.