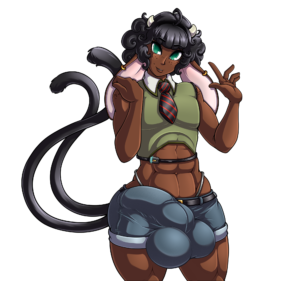 If you like CoC2, they patched YESTERDAY! Check it out.

With the looming pain of taxes distracted by a check larger than I care to think about, I can devote my brain back to TiTSing around once more! I’ve been building up and writing the rooms for the next major plot dungeon on Dhaal, so that they can be dropped in soon ™. It’s gonna be a good one, IMO. Will has continued churning out plenty of hot smut of course, and the rest of the code team has buried plenty of treats in this patch for everyone!

As always, if you like the game and like what we’re doing, you can always support us on Patreon or SubscribeStar! And if not, well, the free builds will still be here!

68 Responses to [TiTS] Take a Chance