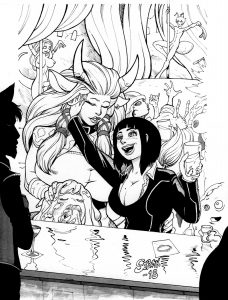 They come out every month, but does anyone really notice? They say they do, but do they really?

Art: Steele at a bar in Myrellion, having a good time by Servik.

156 Responses to [Public] What’s the Deal With Public Patches?