[Public | CoC2] Harpies All Over the Shop

May 5, 2018 Savin
ArtCorruption of Champions
83 Comments 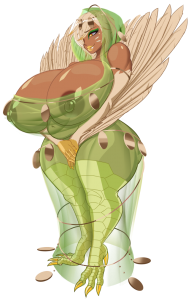 New patch of CoC2 is live! Sorry about the dead space, but there was a lot of stuff that had to get put together for this next bit of content — specifically, the entire system for overworld travel and random encounters, plus the first sexable mobs and all that entails.

More content coming as we can roll it out!

Art of the Harpy Matron in all her Jacquesian glory, by DCL.

83 Responses to [Public | CoC2] Harpies All Over the Shop