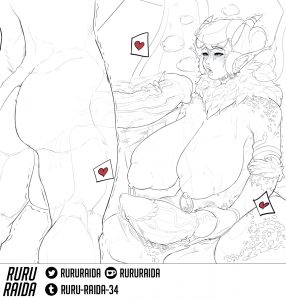 Some of the scenes to come: “Cuntnosis” (pussy-focused mind-control with a focus on pussy-worship, breeding, or bimbofication (not yet written)), Mitzi waking you up the right way, and giving Mitzi Gush. And some other odds and ends.

Art of some of the staff’s OC’s being LEWD by RuruRaida! Backers can see a “sticky” version on the Patreon post!