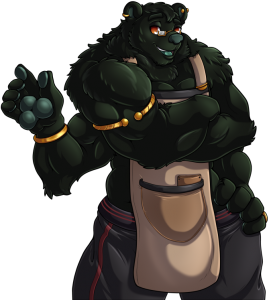 My interest in Bhakar has increased by 200%.

Did you guys see CoC2 put out their public patch?

And it’s time for a TiTS backer patch! Don’t worry, public – we’ll have something public-facing with Christmas, probably with some extra bug fixes and a poke a the tiger/lion combo I’ve been writing.