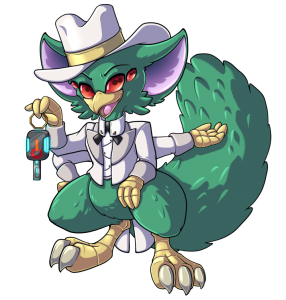 Focalor will sell you new content for the low low price of half of your Steeletech shares. It’s a Steele!

I’m back from backlog hell, and here with a new patch featuring some new scenes and items I wrote myself!

There’s some bigger submitted works coming from community coders to look forward to as well. I’ll also be re-opening event submissions in a limited way this coming week too. Progress ahoy!