Here comes a new update to Fall of Eden, expanding on the farm and adding the shy equine farmhand, Adrian.

I held a content poll with my Patreon supporters before christmas, deciding on the next area of work. The Burrows eked out a very narrow victory against the farm, but this will come with a slight caveat: Because so much of the content added lately is gated behind the E+ event in the farm, I figure I will at least write and code that before moving onto bunnies full time.

Content warning: Since it’s a touchy subject in some circles, Adrian’s content has some stuff that some would consider fringe. Specifically, pushing Adrian’s content forward will at some point (currently not in the game) lead to Gwendy and Adrian being fuck buddies and sharing an open relationship. One optional path leading up to it will include Netori style scenes (with the PC as the bull). Exactly how this plays out in the end will depend on the outcome of the E+ event (not yet in). If this isn’t for you, sorry, hopefully you can find something else in the game to enjoy.

FoE has returned to the Play page! 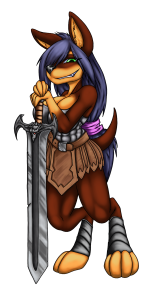 Another bi-weekly (ish) update of Fall of Eden, continuing to expand on Gwendy’s content. There’s currently a poll going on the Patreon page on what I will work on next (2020). Currently, it’s looking to be more farm content. If you are a backer and haven’t cast your vote yet, make sure to do so! 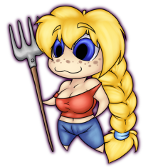 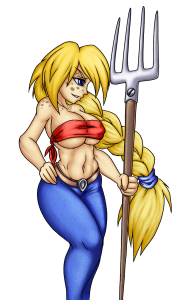 Hi, Alder here in these dark and spooky times, with a new update for Fall of Eden!

This one took me a bit longer than I’d wish for, but there were some important behind the scenes coding that’s going to benefit the game in the long run. I’ll try to get the next one out more expediently, continuing with refamiliarizing myself with the characters and fleshing out placeholder content.

Hotfix: There was a major bug in the Halloween event that would steal all your items. This has been fixed.

I’ve accumulated and fixed some bugs reported in Fall of Eden 0.5.1, I figured it’s enough to push. Keep the reports coming in! 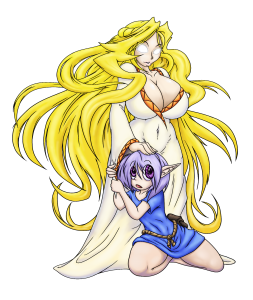 The Revival of Eden

TLDR: While it’s been a long time, I’ve been doing some Quality of Life work on FoE lately that I will release in the near future pending some testing. I will try to produce more content for the game in coming months, but I’m not moving the Patreon back to monthly quite yet.

Where to begin… as I’m posting this both on Patreon and fenoxo.com (where the game has been hosted courtesy of Fen), I figure I’d give a bit of a recap for those who don’t know what Fall of Eden is, or who I am. Fall of Eden, or FoE for short, is my take on a text-based fantasy smut game, heavily inspired by the original Corruption of Champions.

Active development started somewhere around March 2014 and went on into 2016 when the project went on hiatus. Since then the game has only had a few minor updates as I dealt with IRL stuff like work and health issues. I haven’t been very good with posting updates, either on fenoxo.com or on Patreon, mostly because there largely haven’t been any progress during said time period. The game is considered abandoned by the Internet at large, for good reason.

This brings us to the last month or two, when I’ve begun to seriously work on Fall of Eden again. It’s been years at this point, so I was a bit rusty with the code base. I started working on some mechanical improvements, but quickly hit some hurdles due to some rather wonky code. I shifted gears to upgrading the code base to something more manageable, and before I knew I’d rewritten the entire thing in TypeScript/ES6, putting me on much better footing for future updates.

Beyond the backend changes, I’ve spent some time making general Quality of Life updates, including streamlining the combat engine, cleaning up a bunch of scenes and made improvements to the game’s introduction.

The crux of this is, of course, that if I’ve done my job properly, the end user won’t see much difference in their experience playing the game (if you doubt that it’s there, you are free to check out the sheer amount of commits I’ve made to the FoE git repo in the recent month or two). Not much to see in the way of new content yet unfortunately, but it’s something I hope to be able to rectify in the coming months.

My most immediate concern is to fill out some placeholders that’s been around since the beginning. Empty/incomplete low level combat encounters, interactions with early game NPCs and the like. I don’t want to move into Act 2 with so many threads still hanging around unfinished.

To start with, I will be working on my own. Though I do eventually want to get back to working with a team, I want to produce some writing of my own again first. Much like with the players, I have to prove that I’m actually invested in working on the game to potential writers.

I’ll try to maintain posting updates once a month, and at the very least maintain posting even if I don’t have anything to show. I’ll still be continuing working my regular full-time job for the foreseeable future, so my time on FoE might be limited (most of my recent work was done during my vacation).

Finally, I need to mention the Patreon/monetization for FoE. When the game went on hiatus, I moved payments from monthly to per-submission, and while I’ve made a few minor updates over the years, none of them have been monetized since early 2016. For the time being it’s going to stay that way.

While the 0.5 update involved quite a lot of work, I don’t feel the minimal amount of content in it justifies monetizing it out of the blue, so I won’t. That said, whenever I release an update to FoE next, it will be, so take a moment to consider if you want to be backing me or not going forward. I can do nothing but thank the people who’ve stuck around through all the silence, and hope for your continued support.

For the moment, the Patreon will stay on per-update until I feel I can keep a monthly release schedule. I’ll also be reviewing and revising the Patreon reward tiers/goals in the near future.

The 0.5 update of Fall of Eden will be released to the public on Saturday the 7th of September. It will be released on Patreon the same time that this blog post is released, but might initially contain some bugs.

Alder here with a new Fall of Eden update (was a while ago, huh?). Mostly incremental updates that have built up over time, part of it thanks to ElAcechador on github who has brought a number of upgrades to the alchemy system. Content-wise, there is a new scene for Terry from LD and QB (this one is a month or two old, and was written before they left the project). This post is unfortunately not a signal that I’m taking up the project again full time. 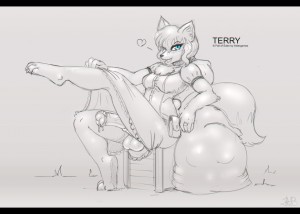