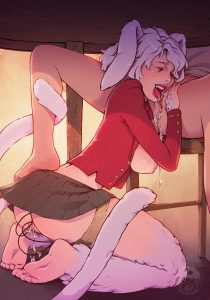 Roo taking care of the PC after an intense round of blackjack by Octomush!

Before I get too deep into it, I’d like to remind you all that CoC2 also had a public patch a few days ago.

What’s coming this month for backers? A new NPC in Zheng Shi and more Dane content in the short term with greater prizes beyond!