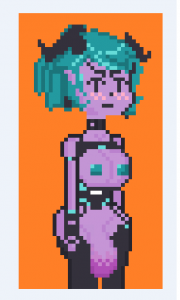 Yeah so I kept poking at this stuff instead of doing other stuff I should do. It’s not 110% tested, so there’s a 20% chance your characters will light on fire and die. You’ve been waaaarrrrrned! (There will be another patch tomorrow to clean up bugs and MAYBE do level 10 if I feel particularly froggy.)

($10 Patreon backers can grab their artpacks now as well – they’re posted over on Patreon!)

Pixel Sera by Crossman (lemme know if you want a link updated in there!)