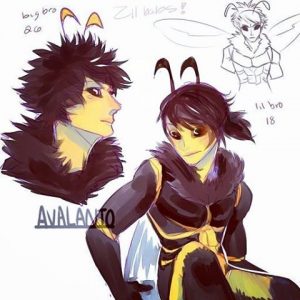 Smoochy boochies, and enjoy the weekend! (Fanart by Avalanto – image is a link to his instagram)