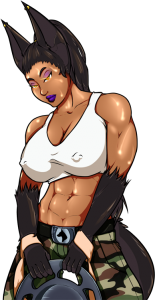 It’ll be full of bugs; I guarantee it.

Since it’s Halloween, we’re going to put out a public build with a spooky new tentacle dungeon. Some of you may have found your way in there in older builds, but whatever.

Gedan did a complete overhaul to the time process system, so I expect we’ll see lots of new bugs pop up, both there and in the dungeon. Be sure to log any new stuff in the bug report forum, and if anything major crops up, we’ll dump out fixes as needed.