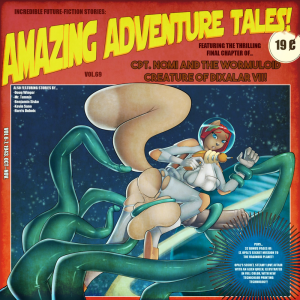 I wanted to get the reunion of Kiro and her sister (despite not having repeatable content done yet) in for the pubbie patch, but I wasn’t sure I’d be able to cram it all in tonight. So here we are! Better to release now than wait 3 hours for a maybe.

Not a bad month if I do say so myself! (Fake fanart magazine commissioned by EraDragon and drawn by Bakuhaku.)