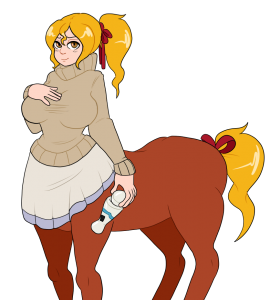 Interestingly, there’s still several top submissions that haven’t even hit code yet. I got done with my grading, and I’m just waiting on Savin to grade the Paige stuff I just coded and choose his top 3 out of the entries he gave perfect scores to. Ciao! SheepPun’s render of Aina is lovely. P.S. I’m going to look into giving everybody who entered free backer access for a few months so that everybody gets SOMETHING.