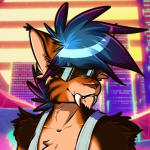 Shou decided to take another stab at Zaalt’s bust… and did up this hilariously anime variant of the final bust. Sadly, he misplaces the shades before you meet him in game.

The Resident Evil 2 remake JUST came out. I loved those game on my old Playstation – they scared the shit out of adolescent me so badly that I wouldn’t play them if I was in a room by myself. I’d stick with Final Fantasy VII in times like those.

Know what else just came out? The Overwatch Chinese New Year’s event.

Know what I’m not playing? Either. Some other (admittedly fun) stuff came up this evening that kept me from being able to pound on code much and limited the effectiveness of what code-typing I did do. Never fear! I’ve spent the scant few hours before bed assembling a steaming hot plate of new patch for you all. The big news in this one is that it adds a Milodan Temptress to War’gii Hold. Gynophiles rejoice!

I’ll get time for gaming in the evenings on the weekend, or maybe Sunday during the day.