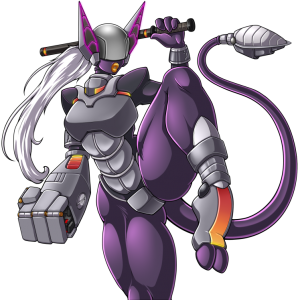 Like all projects I write, this took longer than I meant for it to, though in this particular case, the combat routine itself was just complicated as all hell. A three phase fight where your phase one enemy becomes your ally for the second phase and then your enemy again for the third wasn’t something I ever dreamed of doing when TiTS started, but here we are.

It’s meant to be a level 11 or 12 encounter, but given that I’m holding off on level 11 & 12 until the javascript port is workable (because they would need coded in both independently), I’m not too worried about the balance atm (so long as it is winnable).

Still, if you find the fight too hard or too easy on your max leveled characters, let me know.

(PS: the XO biker cop is weak to acid and drug attacks. And watch out for the overpass!)