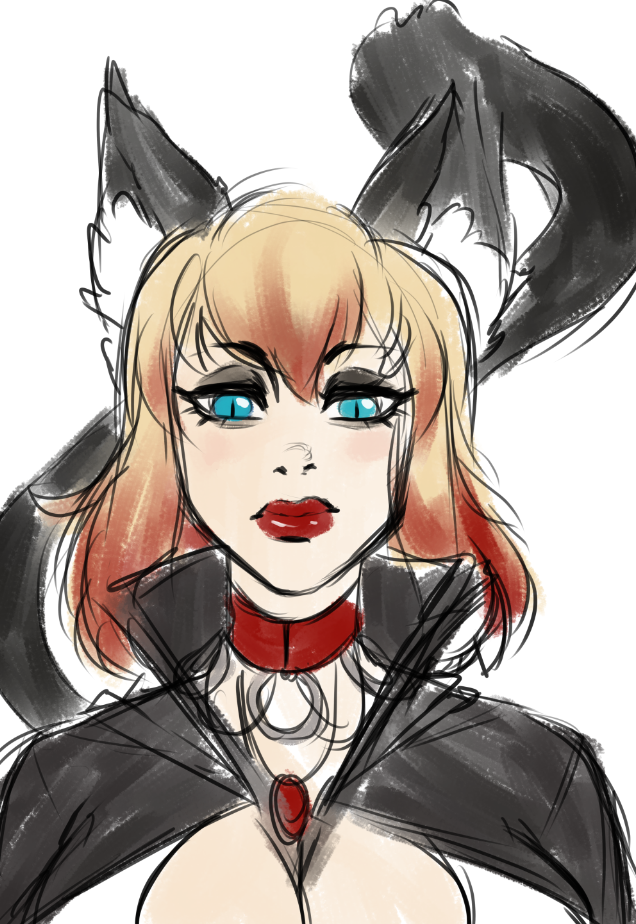 This week we’ve got a long-awaiting chance to catch up with a certain ginger paladin of Velun, a new mushy foe, and some new interactions with Tui, imps, and honey-brained Azzy.

As always if you like what we’re doing, you can support development on…
… Patreon!
… Sponsus!
… or SubscribeStar!

Art: Cait getting her vampire on for Halloween, by Moira.

P.S. Please note that this month’s public patch will be later in the month as we prep the Halloween dungeon. It’s mostly finished now, save for some art and me going through and tying everything together. Oh, and scenes for the end boss too. Thanks to the whole team for setting aside their normal work to help churn out a whole lil’ dungeon in a couple of weeks.