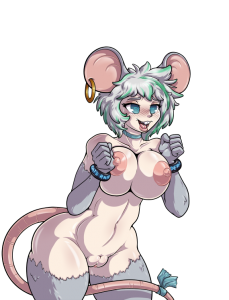 Pretty sure everyone on the public discord has seen this bust by now, but if you haven’t… enjoy! (by: Adjatha)

With all the reviewing (and editing) I’ve been doing, I haven’t been coding as much as I ought to be, but that’s fine for the moment. William and Savin have been giving the head Jumpers some real effort and polish. I’m told that we’re down to finishing up the bad ends now

In non-code news, I finished my edit pass on the Luca expansion to hopefully get her somehwat presentable. I’ve also greenlit five other projects for coding and placed them on our internal trello, one of which was more than 100 pages of screwing around with various New Texan cow-girls. It isn’t all sunshine and rainbows, however. A fair few projects have been rejected, sent back for reworks, or launched into black holes.

Half the reason I hate reviewing projects is that I have to turn down people who have spent dozens of hours slaving over these projects. It’s not fun, and I don’t like doing it.

At least I’m most of the way through July’s submissions and getting into August’s. We catching up, boys!