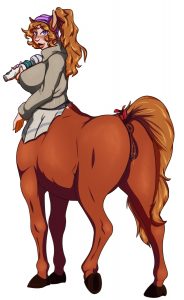 Shou recently did a redux on Aina. It might find its way into the game soon!

More chunks of Zheng Shi are dropping in like it’s hot! This time we have two NPCs in a lab positioned off Zheng Shi’s catwalks, one of which is a miniboss required to access the special ship the pirates are building.