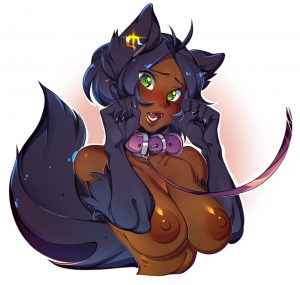 I’m going to be out of the office for most of the next week, so don’t expect to see much of me till next weekend-ish. I’m sorry I didn’t get all the stuff I wanted in for this patch – there was a whole scene I wrote and some new busts I wanted in, but time did not cooperate.

At left: Erra, as drawn by VenusFlowerArt!