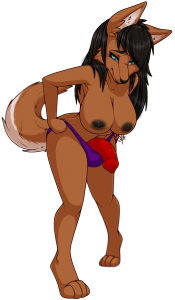 The Patreon build is up!

Gedan has been super busy working on trying to get us a better way to distribute the builds to Offbeatr and Patreon supporters alike, so there haven’t been as many hands in the code as of late. That said, we still have some new content for you guys to play with!

Emmy can’t fit all this awesome in her panties (by CheshireCatSmile37!)