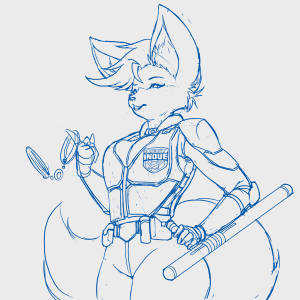 New day, new build, new stuff! Woop woop! The big highlight on this build is going to be the Female Korgonne Barbarian, written by Adjatha and coded by yours truly, but Savin has a few other things people tossed him that he tried coding. Our little ‘mander is growing up!

New Penny bust sketch courtesy of Jacques00 randomly starting to draw her the other day on stream. You guys should see the bimbo versions :3

P.S. Patreon tries to display an oft-wrong estimate of the current pledge amount whenever I make an upload. When I saw this, I had to grab a screencap. It’s just too perfect: