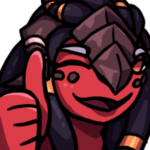 Long couple of days in the code mines for me – I was planning on writing a little bit more about what I’ve been working on the last week, but it turned out there was nothing ready in the merge-pile for fresh content ready to go out with this patch and I decided I had to rectify that. I’ll still touch on it a little, but it’s not going to be a huge Science Time With Geddy post like I was originally planning.

Now that we have Windows downloadable builds, the ask for a similar feature for Android has understandably ramped up. I could just throw down into that, but I wanted to try something a little bit different first. Browsers have a rather underutilized feature to essentially install a version of a webpage; I never saw the point that much in the desktop space, but it makes a lot more sense to be on mobile. Imagine if you could go to the play page on your Android or your iPhone, and there was a button you could tap on that would install the game, and you’d get a fully offline capable version of the game, with a shortcut in your devices apps to launch it, that would work without having an internet connection – but would update itself if you open it whilst you have an internet connection. No APK problems like we’ve had to deal with for years, no needing to root your iPhone (if that’s even an option with current-gen devices!). That’s what I’ve been working on this week. It’s not done yet, the job is turning out to be insanely fiddly, and time consuming, and there’s a lot of learning to be done to get it right – but I’m getting there.