Whoops! CoC2 posted a backer update that I buried with this post! Check it out!

Whether money’s tight or you can maintain support no problem, ol’ Fenny’s got something for you <3 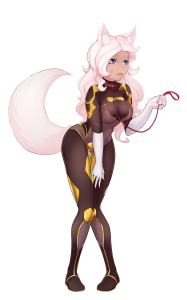 I guess this gives away which of my other characters I intend to make recruitable in time, but I have a lot of other things to tackle before jumping on Emmy or Gianna.