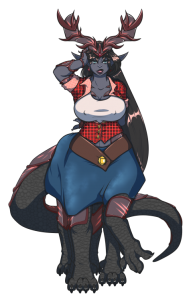 Ushamee fits right in with the rest of Canadia Station…

Did you all think I was done riding the ship parade? You were dead wrong. Turrets are a big part of making crew worthwhile, and come Uveto/Zheng, I’ll be adding an upgrade that takes up one slot but provides crew space for two (in addition to more ships with better stats).

If I get some fun modules in by tonight, I might add another small patch onto this one.