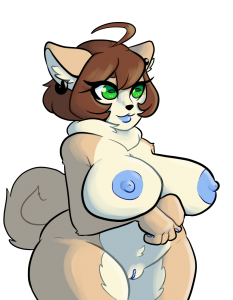 SheepPun is going ham on drawing all the korgs! Great work!

Today I grabbed hold of some scenes I’ve either commissioned or been aware of that were waiting on coding and actually got to tackling them!

I intend to nose more into the backlog in the days to come, perhaps with a break to do a little original writing of my own. I’ll keep you posted!

38 Responses to [Backers | TiTS] A Plethora of Pint-Sized Pleasure