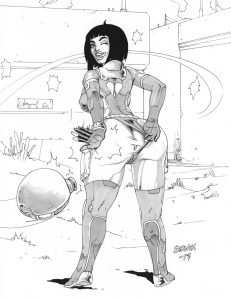 I’ve got my D&D game to run tonight (which I haven’t DMed in forever due to being down with the sickness), but later tonight/tomorrow I’m going to dive into grading Christmas stuff and pumping out the best bits for you guys to enjoy. Looking forward to it!

Big thanks to HugsAlright for having some small stuff I could work on adding to the game over the weekend.

I’d also like to once again thank Servik for producing such lovely fanart!

28 Responses to [Backers] Liamme, Kase, Talking with Ula, and Busts