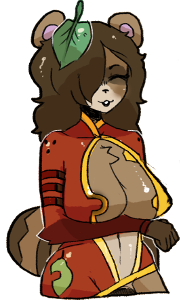 It’s time to take the wraps off what Savin and I have been working on in secret for months – KiroQuest! Did you think that PC was too boring of a protagonist for the game? That the game’s intro was a bit too unusual and dry? Well, we agreed, and from this point forward, you’ll be able to play Trials in Tainted Space as the flagship character, Kiro. We’ve worked tirelessly under the hood to provide a whole new experience for those who want to live as the game’s best-written NPC, with new interactions for existing NPCs and whole new mechanics.

Just a few of Kiro’s TiTS Quest can be found below: