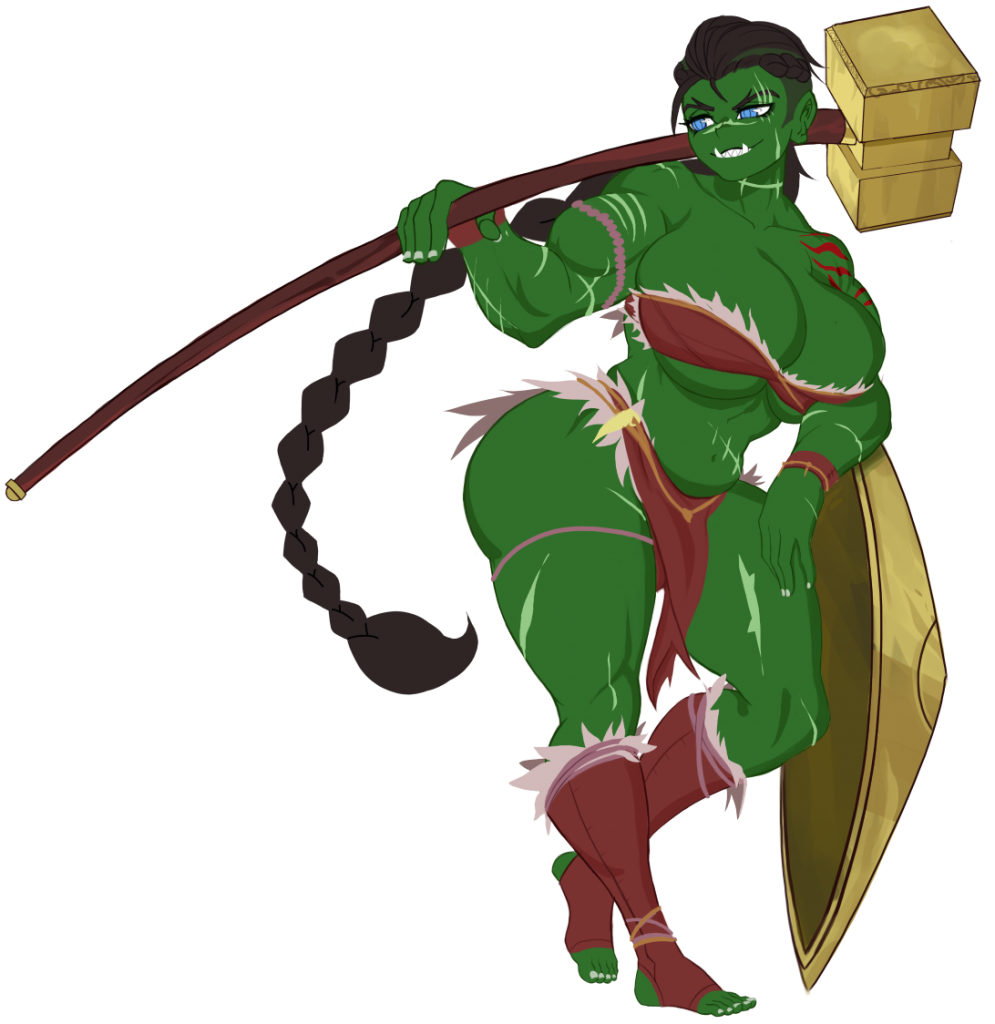 This week we have some new catgirl lewdness and a lot of tweaks under the hood to sate your corrupted desires! Feast your eyes on the patch notes before you dive in, though: the part about body ratings is important.

Dual wielding was implemented LAST PATCH but now that the items have been rebalanced, I’d love if you guys could leave some feedback on the forums about how it feels! You can currently dual-wield any combination of two Light weapons (Daggers, Short Swords, and Francescas).

Art is a brand new portrait for Arona of the Kervus Tribe, an orc futa barbarian and our next enemy encounter — along with her gang of big ol’ amazon followers. My current CoC2 writing project is an orc-filled dungeon the new Champion will be crawling through to face down her older brother, the tribe’s warlord!

For those wondering about my TiTS writing, I’m currently working on a big bara Thraggen dude for Zheng Shi. He’s totally not a space orc, you guys. I definitely don’t have a thing for orcs. What? You can’t prove nuffin.