Home / Art / Corruption of Champions / [PUBLIC] Clowns To the Left of Me, Jokers to the Right~

[PUBLIC] Clowns To the Left of Me, Jokers to the Right~ 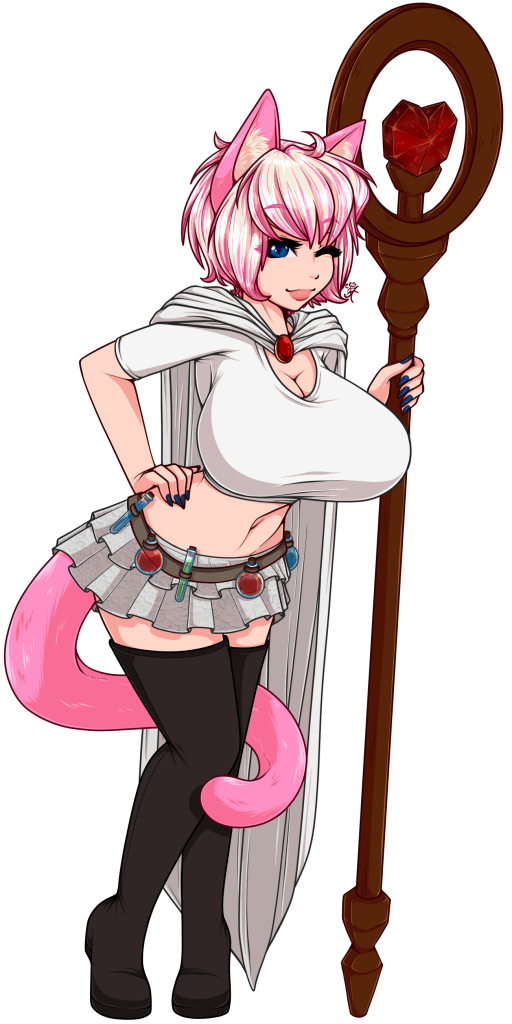 Hey bras, thanks for putting up with my dumb little April Fool’s post below. I do actually have a big announcement some of y’all have been waiting for.

But first, let’s talk for a second.

Fenoxo started working on Trials in Tainted Space in 2013. Since then, you guys have made FenCo pretty much explode: we’ve grown to a six-strong studio, plus all the volunteers, commission writers, and other awesome people who’re out there working with us to make TiTS the best it can be. We’ve grown the community to something like 20,000 forumites and 6,500 backers, plus a great and growing discord community.

So first off, I want to say thank you. You guys have been seriously amazing. Fen’s right to call you guys “bras,” with all the support you’ve given us the last five years.

With that being said, here’s the news:

No, it wasn’t a joke after all. Corruption of Champions is coming back with a new game that’s in development right now. In fact, you can play the first build of it right here, right now.

Please note that this is a very early build! The combat system isgoing to be completely overhauled over the next few weeks, and the new UI (designed by the very awesome DCLzexon) is in the process of implementation.

I think a lot of you have heard rumors and rumblings about this over the last little while (especially after that Save Export addition to the final encounter in CoC), but there it is. Corruption of Champions returns with a breath of new life: a new lead developer, all new code, a new world, and a new direction… but the same familiar fun you’ve come to expect from a FenCo game.

Now that I’ve said that, let me quell a little panic (or at least, concern) I’m sure a good few of your are feeling. Most importantly, CoC2 Development won’t interfere with TiTS Development. CoC2’s development is being handled by a whole different team: that means that, while the people working on it will of course still be here, and the game will appear on the blog where you’d expect it, CoC2 won’t be taking any funds or development time away from TiTS.

Here’s the lowdown on what to expect:

So what’s on the horizon? Well for starters, you’ll be able to play the first builds of the game here. We won’t be doing backer builds like TiTS for the first little while (while we get things like the basic UI and mechanics fleshed out) but if you want to show your support and excitement for the project, you can head over to the shiny new Patreon here. Once again, I’ll remind you that CoC2 and TiTS aren’t connected business-wise: funding for writing and art comes out of my pockets, not Fenoxo’s.

Big things are afoot at FenCo, bras. Thanks again for all your support over the years, and for sticking with us as we open a new chapter for you.

(Fen Note: This is why you promise the rights to a sequel to a friend years and years ago. Because sometimes they gather up some of the top talent in the community and actually do it.)

Be sure to check out the new Forum Section, as well as the Wikis as we get them up and running.

Art of Cait, above, by Cheshire!

247 Responses to [PUBLIC] Clowns To the Left of Me, Jokers to the Right~