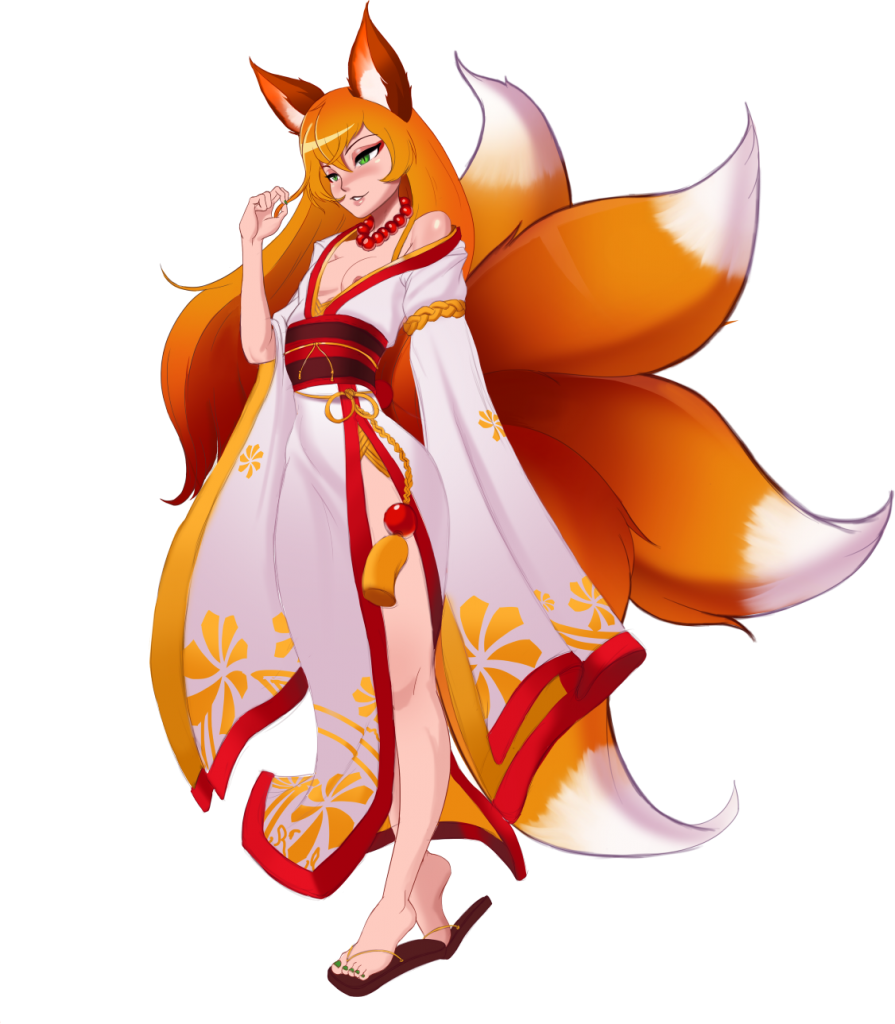 Hi guys! It’s been a bit since our last patch so I wanted to touch base and let y’all know what’s about to drop.

First and foremost: TheObserver’s foxy momma Kiyoko hasbeen implemented and is in playtesting. Aside from the lady in question, there’s also a number of puzzles between you and her that required some code and art assets — I’m really happy with how those turned out.

We’ve also been revising a bunch of behind-the-scenes code for things like key items, status conditions, and dreams. Last night the writers and Drake engaged in a rather lengthy discussion about how we’re handling transformation items. The net effect is that there’s now (I think) three more TF items ready to go and four or so more being revised up to the new standard (though, to quote Drake “man coding TFs sucks dicks”). Everything for them is written, now they’re just getting ready to be coded. Included are the core five starting races plus minotaurs and salamanders.

What, you thought there wouldn’t be ‘manders in my game?

Speaking of whom, DCL’s finished some concept art for what our northern saladmanders are going to look like, as well as the portraits for the Alraune and her sub-boss, the Effigy Herald. The Alraune event will be the next big chunk of content after Kiyoko; we’re juuuust finishing up on the writing end for her.

TL;DR for next release:

60 Responses to [CoC2]Next Update ETA: A couple of days