CoC2’s Public Patch is out as well. Patch Notes Here. 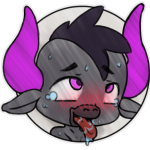 Hey guys, out-of-town-oxo here to let you know that just because I’ve been hecka busy being away from my workstation doesn’t mean I’ve forgotten about you. I got some work done before I left AND found time to do a little bit of fun in between con-related activities. On top of that, Wsan and our volunteer coders have kept the progress coming! Choo choo!

I’ll do our own public patch sometime after I’m at home this week!