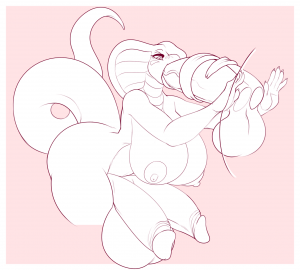 MrPink might have misunderstood my request for a slyveren dick growth scene, but I like how it came out, even if it doesn’t match the ingame scenes.

25 Responses to [Backers] Piercings, Stories, and a Bit More Room