State of the Fen: Big Ouchie [Small Patch Too]

Hey guys, sorry I haven’t had much to share this past week. There’s no way to sugarcoat me landing shoulder-first at some speed above 15 mph and busting myself to hell. I spent most of the last few days laying in bed and barely being able to sleep, let alone sit up without wincing and shaking. My arm became a supernova of pain, shooting out flares of agony at the slightest provocation. My hip caught a road rash, I got a smaller abrasion on my knee, and I peeled some skin off of my right palm. But I’m not dead!

And I’m already on the mend. Every day has been a bit better than the one before it. Yesterday I was the first one I didn’t dread having to get up to use the bathroom. Today marks like the first day I feel truly mobile again – provided I slap on a sling for longer amounts of time spent on my feet. Make no mistake, I’m liable be to be recovering for a while… 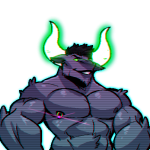 …But I’m back, baybee! I’m gonna crank on Dhaal dungeon work right after I tear into this massive communication backlog I’ve allowed to build up.

40 Responses to State of the Fen: Big Ouchie [Small Patch Too]