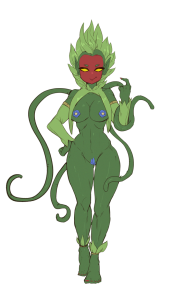 Public patch time! The highlight this time is the Orc-themed dungeon from a couple patches ago, plus a new farm and a couple new NPCs!

Also of note: WE HAVE AN ANDROID DOWNLOAD! We’re still working out the kinks, so please bear with us, but they’re finally here. There are two known issues right now: Save/Load from File doesn’t work, and on some devices, the top of the screen may get cut off by the android status bar. Working to resolve them ASAP.

What’s Coming Up Next?

To Be Coded: We’ve got another Foothills dungeon ready for code thanks to TheObserver. I’ve finished some new scenes for Etheryn. Gardeford’s Dullahan companion has just finished up being written.

In progress: I’m currently working on repeat content for the Kervus Warcamp, specifically for Hretha. I’m not any less burnt out on orcs, so it’ll be a while before Arona’s recruitment gets written. SomeKindofWizard and B! are both working on new Hornets, and Observer’s doing another dungeon, this time for Harvest Valley.

Art of the Herald is by RattlePool!

If you want to become a backer for early access to each month’s content, you can do so here!