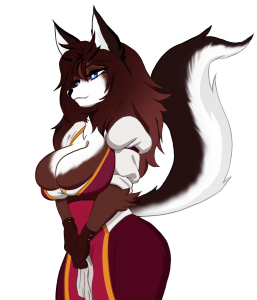 No new content but rather some continued tweaks behind the scenes. There is a much improved shopping UI now, as well as balance changes for combat. Some of my thoughts on this below:

A lot of you have (correctly) been saying that combat was overly punishing. That’s partly because the Foothills were designed for levels 2-4, rather than 1-3 (they’re meant to be the second area, but the first area in the plot needed more work first), and partly inherent to the way I had balanced Attack Power. Attack Power is, basically, a percentage scaling on your weapon’s base damage that an attack applies, so something like the Thief’s “Dirty Trick” power that grants +50 Attack Power really means your hitting for 150% of your basic attack’s damage. The numbers we had were probably okay if the powers they were applied to were only used by the PC… but enemies also have access to several player powers, and of course, their powers were balanced based on what the player had.

Making powers universal, so that friend or foe or player could use them is still a great idea, but it was clearly overwhelming when the enemy usually has the numerical advantage. We were getting a lot of reports of players being dumpstered in the first turn or two of combat, before kitty RNG would decide to heal — if she even had the chance. So the Attack Power numbers have been scaled back for everybody, player and enemy alike; this should result in slightly longer combats, but ones that avoid one side or the other immediately being overwhelmed. Let us know how the balance changes strike you either in the comments below or on the forum.

Also speaking of things to do, make sure if you’re supporting either CoC2 or TiTS, you take a look and make sure Patreon’s charged you this month! They moved their banking to the UK which triggered a lot of fraud stoppages, and they also appear to have stopped taking pre-paid cards as well. I’m sure glad they didn’t let us know in advance about these changes; what a great service.