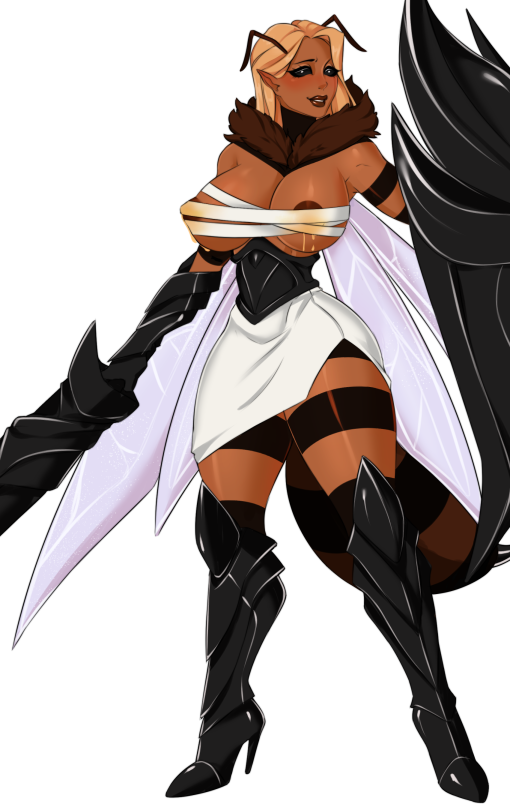 A couple of new ‘nukis have appeared in the Frostwood (or Evergreen’s manor), and some continued mechanical refinement has occurred!

Art of Azyrran, the Hive Knight, by Moira.