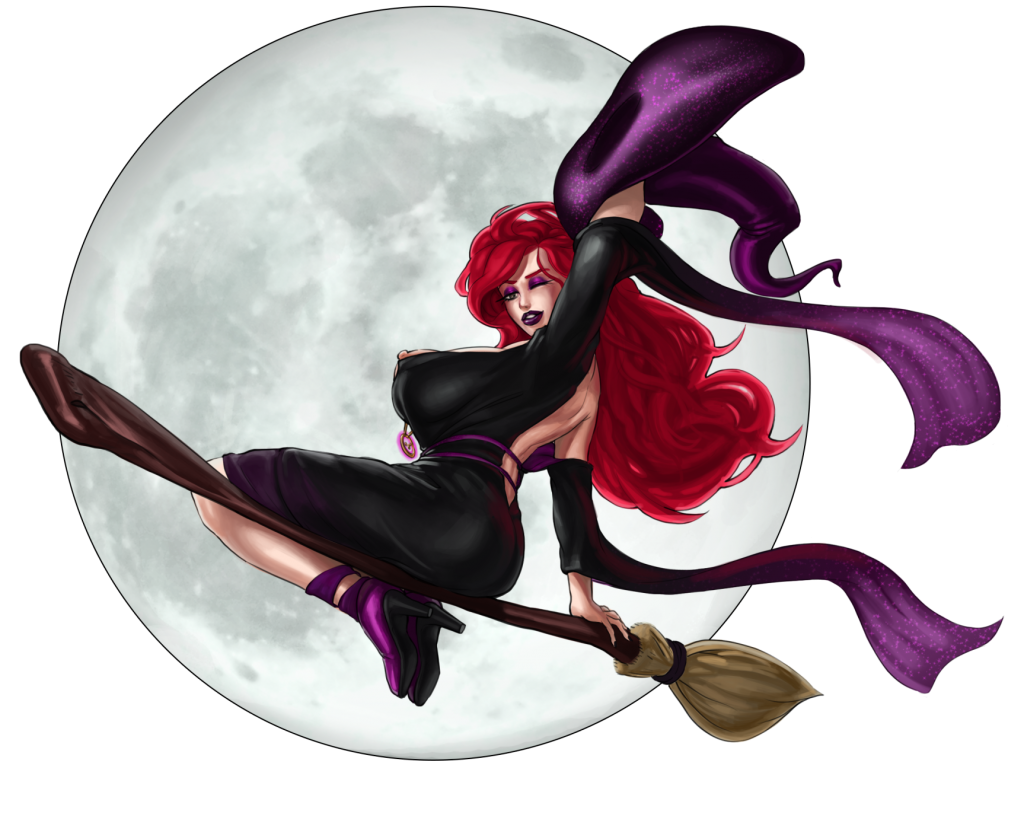 In this patch we have a demon, a serpent (getting her expansion), and a witch. What more could you want on Halloween eve?

Amazing fanart of Viv riding with the full moon, by AnonArts.

Hope you all have a spooky Halloween. Make sure to peek out of your hideaways to check out the full blue moon this year — what a cool coincidence!

If you wanna give the team a treat, you can support development on…
… Patreon!
… Sponsus!
… or SubscribeStar!