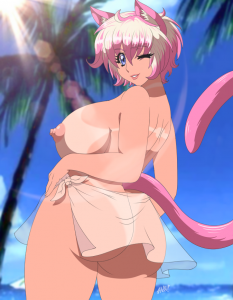 We had to release a patch today. I mean, come on. It’s lower hanging fruit than Berry’s balls.

(ed: Hahaha, owned by the build server needing me to touch it, suck it nerds)

Cait showing off her ballistics by DesignAHV. Sun’s Out, Guns Out.

If you want to get access to this content now, you can become a patron here! Otherwise the public patch with all this month’s content is about a week away.